The city of roses, mud-brick houses, and maze-like alleyways, Kashan sits proudly in the center of Iran, Iran’s center, and the old town’s historic neighborhoods are replete with magical surprises and architectural wonders. Kashan offers various pleasant experiences for different groups of travelers.

Nature lovers head to Maranjab and other surreal deserts to spend the night under star-lit skies and watch the stars and galaxies dance away. Those who have a knack for history and architecture find Kashan’s traditional parts like a living museum. And those looking for a more relaxed way to spend their time quickly realize how hospitable and warm locals are and how ready they are to invite travelers into their homes for a traditional meal. Kashan is a top-tier destination when you’re traveling in Iran. Here we briefly talk about Kashan’s best places to visit and the most pleasurable ways to spend your time in the city while helping the local economy and small businesses.

A short history of Kashan

Kashan has been a prosperous city for a long time. Going back to 6000-5500 BC, the city has been home to various groups of the Zayandeh Rud Culture, who lived in Sialk Hills, in Kashan’s suburbs. The city is also located on the famous Silk Road. So there are various caravanserais in and outside of the city, especially from the Safavid era. However, it was during the Qajarid dynasty, about 200 years ago, that Kashan prospered. In this period, Kashan’s carpet industry grew, and merchants from all over the country became interested in Kashan. To deal with business, they built houses (or small palaces) such as Tabatabaiha and Borujerdiha houses, architectural masterpieces. They are the main reason Kashan is called ‘the city of Houses.’

Places to see in Kashan

Walking through the city and its maze-like alleyways in the traditional part of the town, one gets lost in a world of mud-brick houses, far away from the hustle and bustle of traffic and confusion of technology. You may suddenly fall in love with its simplicity, its grandeur, or its warmness. Wandering in these alleyways, you may find yourself in the bazaar in front of a carpet shop where an old-shopkeeper sits idly-by or standing close to a sherbet house where locals hang out and drink Chai, or woken up by the soothing sounds of Azaan from a quaint, yet elegant mosque. Kashan’s traditional neighborhoods are full of surprises. You just need to hang around to find out.

An enriching way to spend your days in the city is to stay in Kashan’s newly-renovated traditional hostels. These hotels and hostels, Such as Ameriha hotel or Khane Noghli hostel, are among Iran’s best ones. Usually filled with like-minded travelers and hospitable locals, these guesthouses used to be residences for wealthy families of carpet merchants, copper-makers, or just descendants of royal families in the past. However, nowadays, they are renovated for modern-day travelers to experience what it felt like to live in these houses, spend an afternoon drinking chai on the rooftop as the sun goes down behind the mountains and stars fill up the skies.

As you move away from the city, the magic doesn’t fade away; it glows. Sitting in the central parts of the Iranian plateau, Kashan is a neighbor to the National Kavir desert. The unique flora and fauna of the region, the peace and serenity of the desert-scape, and the star-lit skies of deserts like Maranjab are enough to leave anyone with vast loads of memories to bring back home and remember for a long time.

Souvenirs of this beautiful city

Pleasant memories and new friendships are not the only things you’re going to take home with you after you’ve visited Kashan. The city offers many actual products you can buy to take home, to serve as a sort of memorabilia. For example, the Kashani carpet or rug, which is world-famous for its quality and design, is a great option to take home. There are various carpets shops in Kashan’s traditional bazaar, where you can find this precious product’s highest quality.

Another souvenir of Kashan is the rosewater, which is, quite ly the best rosewater in the whole world. Locals in Qamsar, a city close to Kashan, have been planting and growing roses for centuries in the traditional way. The resulting product of the rosewater-making process is an aromatic liquid called the rosewater. You can get bottles of rosewater to use in your food or drink, as well as purchasing the fragrance.

Reasons why you should travel to Kashan

As a first-time traveler, you might be overwhelmed by the sheer amount of hospitality and warmness of the local people. You look a bit lost in the streets, looking at your phone’s google map to get somewhere? A person will walk up to you to ask whether you need help. Have you made a Kashani friend? They will welcome you into their families and invite you for a traditional meal. Not to mention, the local food is fantastic.

Kashani mothers are some of the best conventional chefs in the country. If you ever have the chance to have a meal in a traditional Kashani home, let me assure you, it’s going to be much better than your last meal at a 5-star hotel. Well, you can’t put a price on these sorts of things anyway, right?

Planning to visit Kashan? Choose one of these incredible tours!

Iran: Shiraz, the city of poems 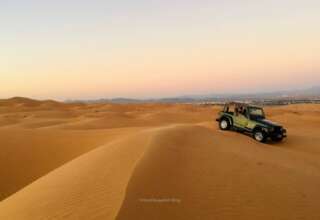